Prior to commencing work on the mental health campaign, we undertook market research and a series of community consultations including stakeholder workshop, focus groups and in-depth phone interviews. This community consultative stage provided invaluable insights for the communications strategy and allowed the facilitation of critical co-design contributions, such as specific language to use and to avoid. A comprehensive written communications strategy and plan was developed and campaign materials for all aspects of the public awareness communications campaign were created, designed and produced.

Targeting where and when were the most appropriate times, places and channels formed part of the overall strategy. The development and creation of campaign materials included an animated 30-second television commercial, radio advertisement, campaign poster and postcard, press advertisement and comprehensive social media campaign on Facebook, Instagram and Twitter.

In addition Juntos Marketing recommended, designed and implemented pre- and post-campaign engagement surveys, social media analytics and community/stakeholder feedback to measure the increase in awareness of the targeted mental health support services in the Murrumbidgee region. 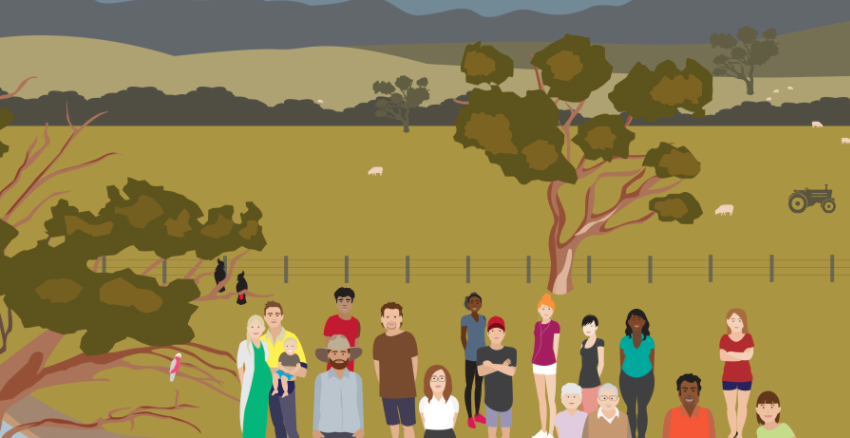 A post-evaluation survey showed a 66% increase in awareness of phone support services, 59% increase in awareness of other relevant support services and a 241% increase of awareness of the MPHN’s dedicated Murrumbidgee Accessline. The social media components of the communications campaign achieved over 1.1m impressions, among the total Murrumbidgee region population of 242,840, with the most popular post reaching nearly 40% of the region’s population. The TVC was viewed in full on social media more than 12,900 times.

The success of the mental health campaign was recognised at the 2018 AMI Awards for Marketing Excellence, where Juntos Marketing together with Murrumbidgee PHN won the national award for the best Not for Profit Marketing campaign. The initiative has since run again in the Murrumbidgee area with a focus on drought response, as well as being adapted and run across television, radio and social media in the neighbouring region, South Eastern NSW PHN.